October was busy for the team at Fundbox. Catch up on the latest announcements and events from the month right here. 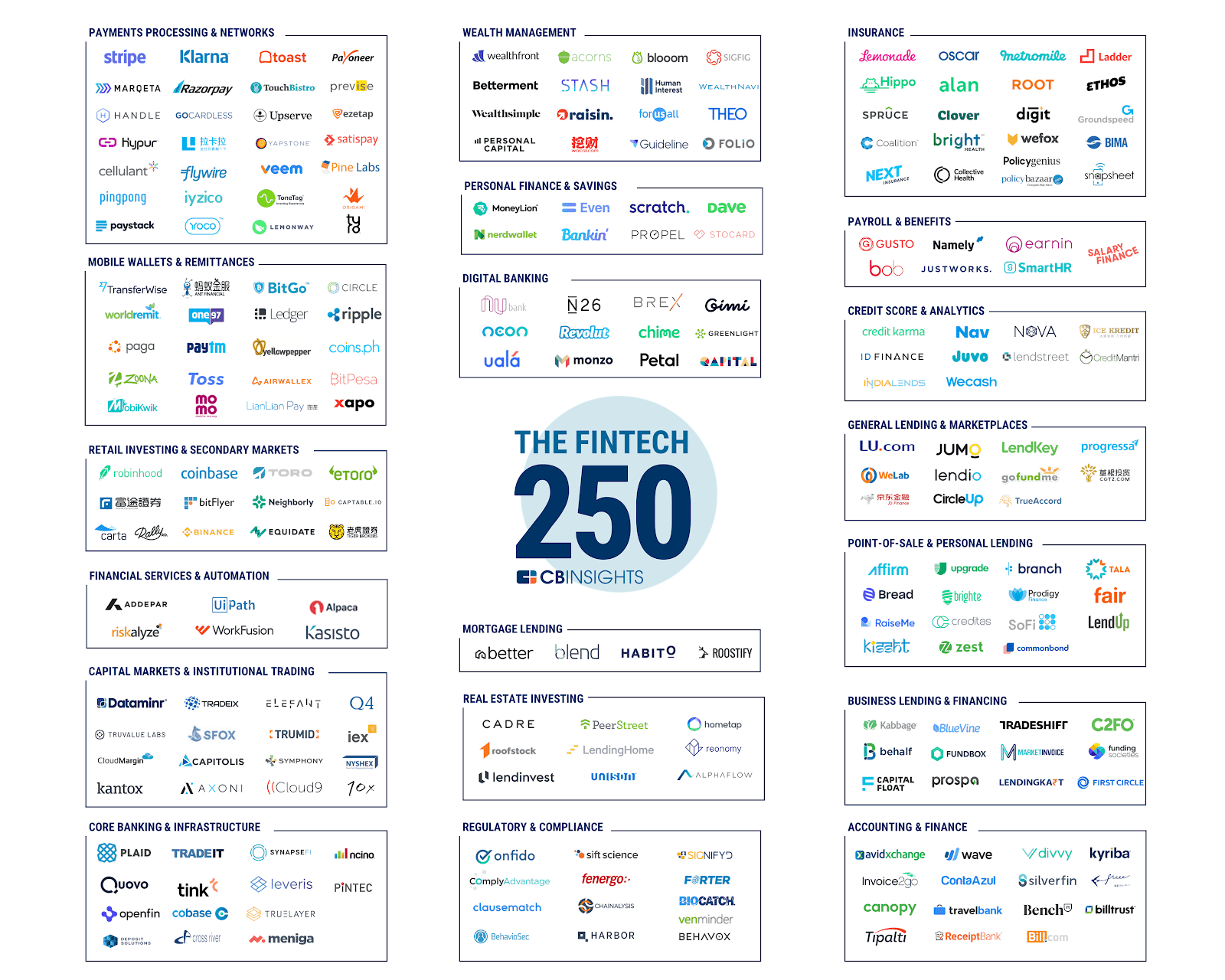 Each year since 2013, CB Insights has released their list of the top 250 “most promising” financial technology companies making a difference in the industry. For the second year in a row, Fundbox made the list.

“We are truly gratified to be included in the CB Insights Fintech 250 list for 2018,” said Eyal Shinar, Founder and CEO of Fundbox.  “Our mission of making it easier for businesses to pay or get paid has helped to fuel our unprecedented growth.  This acknowledgment is welcome validation that we’re focused on the right things.”

Sebastian Rymarz, Chief Business Officer at Fundbox, participated in two panels at this year’s Money 20/20, one of the biggest events for the financial industry.

The first session, titled Dismantling Unconscious Bias – Creating Thriving Environments for Female Leadership & Growth, focused on how unconscious biases are hardwired into our brains, unintentional discrimination, stereotypes and gender preconceptions that can lead to questionable decisionmaking.

These hidden biases not only stifle progression but creates organizations that lack diversity and equal opportunities within teams and leadership roles. The panel discussed strategies on ways to recognize and tackle unconscious biases internally and externally and provide solutions to create a more inclusive environment.

The second panel that Rymarz participated in took place on October 23 and was called Untapped SMB Opportunities: Where is the Data Leading Us?” This panel revealed new research that identifies the most untapped opportunities in small business financing. Indeed, methods for lending to SMBs have remained virtually unchanged since the 1950s.

Traditional measurements of assessing personal credit scores, debt utilization and collateral may have worked well in the past, but there are still countless numbers of small businesses not considered creditworthy by traditional underwriting methods. Our experts explore how big data and more flexible underwriting models can provide a clearer picture of financial health (or risk) and help lenders close the gap for the most neglected SMBs.

Also for the second year in a row, our CEO Eyal Shinar has been named among the 100 “Most Intriguing Entrepreneurs” at 2018 Builders + Innovators Summit, according to Goldman Sachs.

Goldman Sachs selected Shinar as one of 100 entrepreneurs from multiple industries to be honored at the three-day event. Shinar founded Fundbox in 2013 and has been the driving force taking the company from small group of founders to a team of over 180 with more than 100,000 customers.

“A dynamic economy depends on dynamic entrepreneurs who disrupt industries and occasionally give birth to entirely new sectors,” said David M. Solomon, Chief Executive Officer of Goldman Sachs. “The purpose of Builders + Innovators is to support emerging leaders in their quests to innovate faster in order to grow their ideas. We are pleased to recognize Eyal [Shinar] as one of the most intriguing entrepreneurs of 2018.”

For nearly 150 years, Goldman Sachs has been advising and financing entrepreneurs as they launch and grow their businesses. In addition to honoring 100 entrepreneurs, the summit consists of general sessions and clinics led by seasoned entrepreneurs, academics and business leaders as well as resident scholars.

“I am truly humbled to be recognized by Goldman Sachs for this honor when there are so many amazing entrepreneurs who are just as deserving to earn this recognition,” said Eyal Shinar, Founder, and CEO of Fundbox. “At Fundbox, we are working hard to make it easier for businesses to pay and get paid. I’m proud to share this honor with my incredible team.” 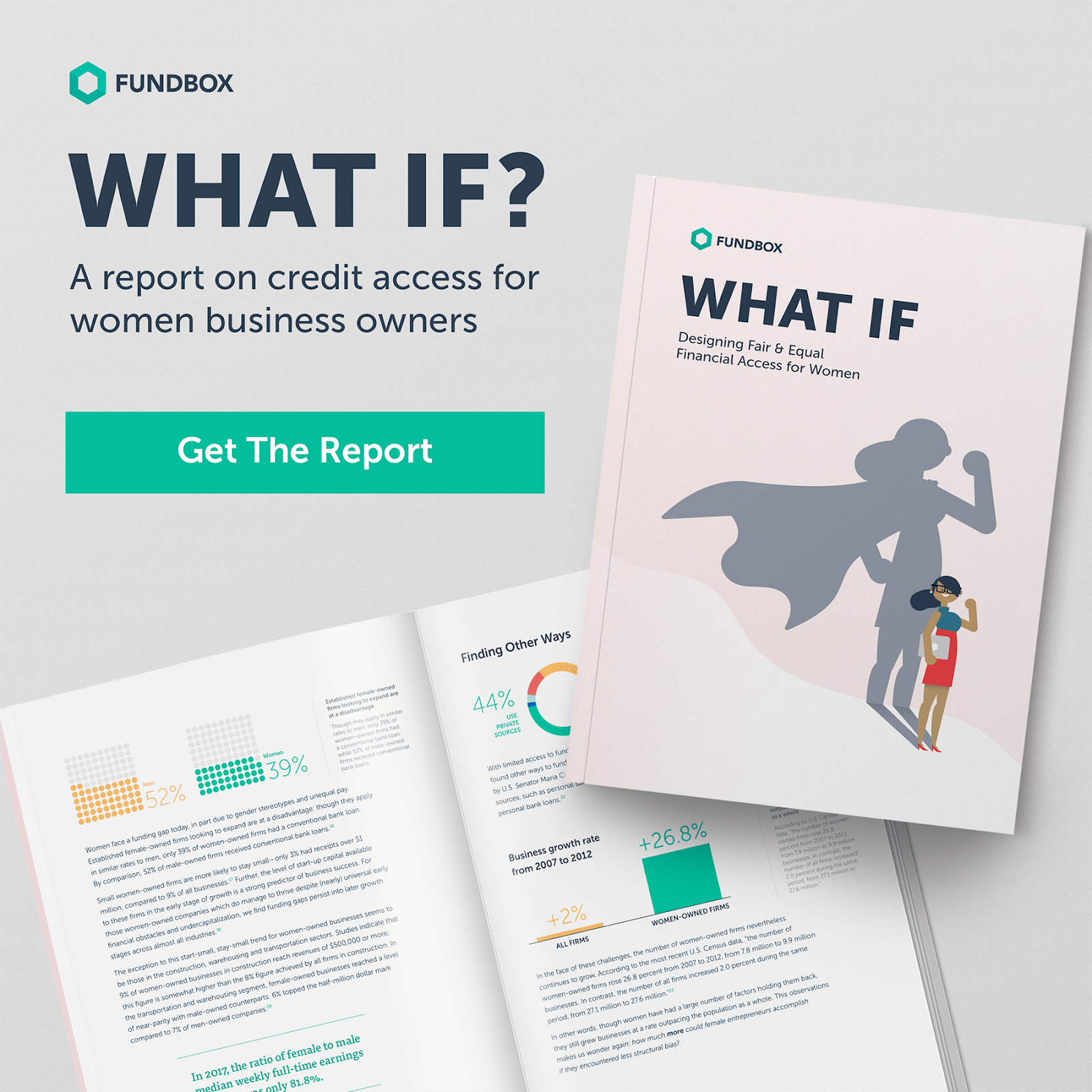 We’re are proud to release a research project that’s been several months in the making: our “What If” report on the gender credit gap.

Despite the challenges that women-business owners face, our report concludes that there are newer, more data-driven underwriting methods that can diminish bias and level the playing field so that women and men are treated fairly. We worked with our analytics team to delve into our own customer data and we discuss the findings in the report.

“At Fundbox, we believe in the importance of financial inclusion. All business owners deserve fair and equal access to credit,” said Sebastian Rymarz, Chief Business Officer of Fundbox. “Our goal with this research project was to highlight the fact that women entrepreneurs continue to face significant challenges when applying for credit. Thankfully, advances in artificial intelligence and machine learning technologies are helping to close the gender credit gap and, we’re proud to be part of that much-needed wave of change.”

The “What If” report is based on a curated assemblage of research from government, nonprofits and academic sources. These include (but are not limited to): the U.S. Census Bureau, the U.S. Department of Commerce, the U.S. Senate Committee, the Federal Reserve Bank of New York, the National Association of Women Business Owners (NAWBO), the National Women’s Law Center, the Kauffman Foundation, Urban Institute, the University of New Hampshire, the University of Texas at San Antonio, and the Institute for Women’s Policy Research.

Read the full press release, or get the What If report here.

NAWBO eLearning Webinar: WHAT IF

What if all entrepreneurs, regardless of their gender, had fair and equitable access to business credit? That’s the question Fundbox asks to kick off our “What If” webinar as part of the National Association of Women Business Owners (NAWBO) eLearning webinar series.

On October 23, Kelly Morgan Frascetti and Irene Malatesta of Fundbox delivered the webinar to a crowd of NAWBO members. Intended to go hand in hand with our What If research report, the webinar covered the history of legal hurdles and other challenges women, in particular, have faced when accessing credit to fund and grow their businesses. It ended with an overview of the ways in which emerging financial technology firms are using data-driven credit assessments to narrow and even close the gender credit gap.

Founded in 1975, NAWBO members have worked to expand opportunities for women entrepreneurs through public policy advocacy and change. This year, as NAWBO celebrates the anniversary of the passage of H.R. 5050, Fundbox is a proud corporate sponsor.