Are You an Equal Pay Employer? How to Ensure You’re Not Underpaying Women

In June 1963, President Kennedy signed the Equal Pay Act into law. At the time, Kennedy remarked: “This act represents many years of effort by labor, management, and several private organizations unassociated with labor or management, to call attention to the unconscionable practice of paying female employees less wages than male employees for the same job.”

In the early 60s, the average woman worked earned 60 percent of the average male worker wage. Yet, 55 years later, equal pay remains a persistent struggle for women—especially among small and mid-size businesses (SMBs). This 2018 SMB Fair Pay Report revealed that female employees of SMBs make $0.66 for every dollar paid to men.

Considering that SMBs account for 99 percent of U.S. businesses and provide employment to 48 percent of all workers in the U.S., despite the Equal Pay Act, workplace pay remains irrefutably unfair.

How can you determine if you’re an equal pay employer and what measures can you take to close the gap between gender pay? Here are some best practices to consider as you strive to achieve equal pay (and create a workplace in which your employees can thrive, regardless of gender).

Find out whether you’re paying everyone fairly

Many SMBs simply aren’t aware that they aren’t paying fairly. The SMB Fair Pay Report found that 92% of small business think they are paying women fairly, despite data to the contrary.

Part of the problem for SMBs is that they lack the data and tools to properly benchmark salaries. While 20-25 percent use third-party data to gauge pay based on role and region, 35 percent instead ask candidates what their most recent pay is, leaving little room for negotiation. This practice is illegal in many states and cities, yet 74 percent of employers still ask for this information.

To be sure you’re being fair, there are a number of steps you can take to calculate the salary you pay employees, regardless of gender.

Be transparent in your pay policies

Another reveal from the SMB Fair Pay Report is that a rift exists between what employers say about their transparency around pay and how transparent employees perceive them to be. 92 percent of employers say their staff are happy with communication around pay policies, yet 45 percent of employees feel neutral or disagree. Transparency feeds directly into equal pay—employees at transparent companies are 22 percent more likely to feel equitably paid, the report finds.

Employers can make steps towards greater pay transparency by understanding how they are compensating employees today and how that compares to market averages. But you can also look to your employees to discover what your vision of what’s fair is, versus theirs?

Finally, be transparent and don’t be afraid to communicate your pay policy. Create an environment where employees can come to you or HR with their questions about pay and work conditions. Help employees understand salary ranges as they relate to roles and what they can do to jump to the next level (performance reviews are a great opportunity for this conversation). You might even consider publicizing each employee’s income, like tech firm Buffer did in 2013. 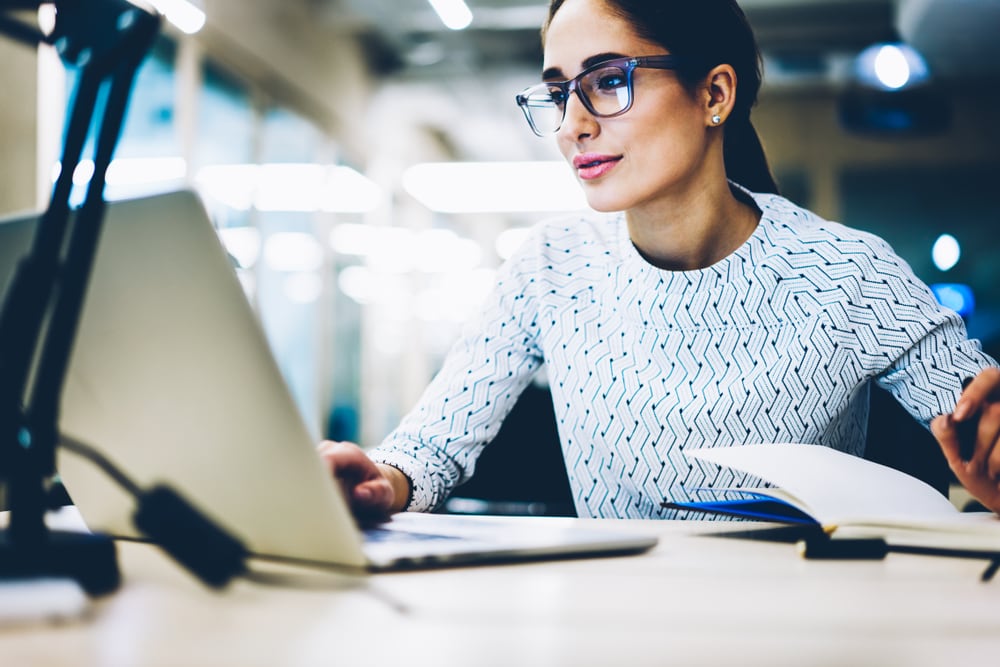 If there’s a lack of gender diversity in your company’s management team, set targets for your business to correct this fact. It can take many years to achieve parity with male peers, but studies show that firms with more women in the C-Suites are more profitable. Best practices for doing so include focusing on encouraging female advancement throughout your business, through fair pay, rewarding education and experience, and encouraging liberal parenting policies.

Companies like Johnson & Johnson have a history of creating programs that help women succeed in their careers, including the Women’s Leadership Initiative. The company also supports continuing education and mentoring. Of course, SMBs can’t always scale to such enterprise initiatives, but they can create management training programs and provide mentoring to help provide defined career paths for women. Here’s a useful collection of resources for mentoring women, including Men Who Mentor Women and Six Communication Tips that Promote Workplace Diversity.

Above all, make a commitment to communicating your business vision to each employee in the organization so they know how they fit within the vision, while also providing the care and support that enables them to be productive.

Now that you’re on the way to closing the gender pay gap, think of other compensatory steps you can take to create equal career opportunities for men, women, and minorities. Paid maternity leave, flexible working, and other employee perks are all an important part of creating an equal workplace.

Equal pay isn’t just the right (and legal) thing to do, it can also help you attract and retain top talent, establish a culture of trust, and avoid embarrassing negative PR.